The main impetus for this set of upgrades is the current issue in DEGEN - the rebalance is being delayed and mints/swaps blocked in many cases due to the pool having hit its max weight when RGT was added. An upgrade was required to fix this, so I decided to add some other changes that were due for a merge.

Some queries and events will be added to simplify subgraph tracking and keeper management. Exit fees of 0.5% will be added to the core pools and the default swap fee will be set to 2% across the board. Some new control functions will be added to allow governance to update parameters without further proxy upgrades.

Pull request with modifications to the sigma contracts:

Pull request with modifications to the core contracts:

Tests of this proposal’s transactions against a fork of mainnet: 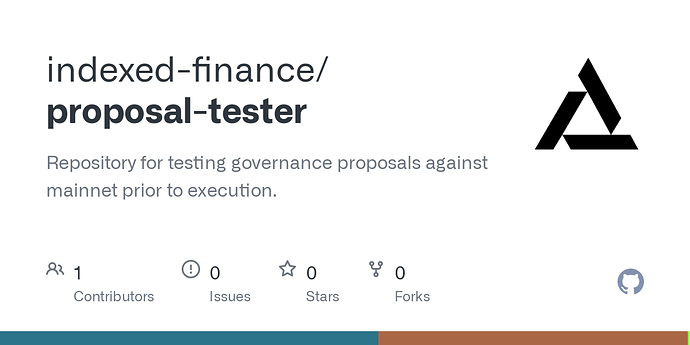 Repository for testing governance proposals against mainnet prior to execution.

This proposal would upgrade the proxy implementations for the following contracts:

I have successfully committed a security review of the modifications for the contract upgrades and have found nothing of concern. LGTM!

Awesome! Glad to see the changes coming to the core indices.